(June 18, 2013) As the saying goes, local songwriter Glenn Boudreau, 63, may not have been born in Texas, but he got here as fast as he could. The Rhode Island native and his wife, Cookie, moved to Royse City about nine years ago, and recently took up residence in Rockwall. “As a young boy, […]

(Rockwall ISD) June 4, 2013 – On the morning of Monday, May 29, Dorothy Smith Pullen Elementary students released 85 Painted Lady butterflies at Betterton’s Butterfly Garden in memoriam of Nate Oxford, a former student at Pullen Elementary who lost his battle to cancer earlier this year.   This special garden was named after Pullen music teacher, […] 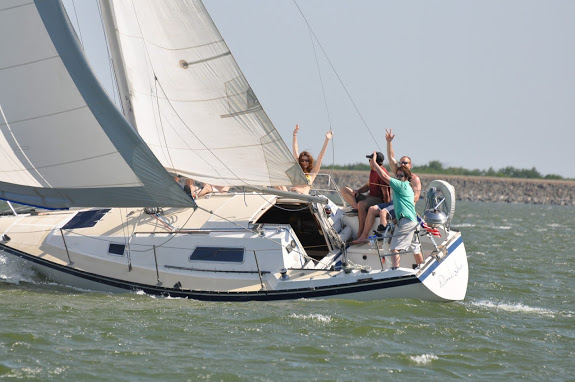 ‘Go the Distance’ for mental health (ROCKWALL – May 9, 2013) Registration is underway for the Donna Ross Memorial Regatta, an annual sailing event that pays tribute to a wife, mother and tireless community volunteer, while raising funds for the Mental Health Association of Greater Dallas. The long distance, pursuit-style race will begin at 3 p.m. Saturday, May 18 at Chandlers […]

(WYLIE-April 6, 2013)96 West Winery in Wylie and Bikers Against Cancer present singer/songwriter Erick Murphy to the stage beginning at noon Saturday, April 27. The afternoon of wine tasting and music will benefit cancer research and PanCan.org, in memory of Chef Paul Jordan, who recently lost his battle with pancreatic cancer. Paul Henry Jordan was […] 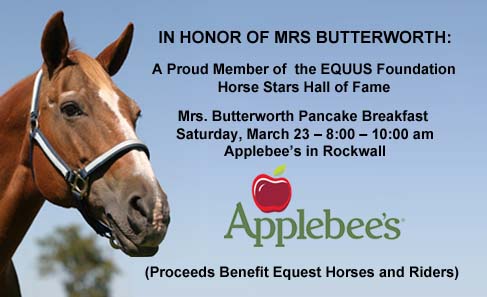 Editor’s Note: Equest Therapeutic Horsemanship is located at 3800 Troy Road in Wylie, TX 75098, providing therapeutic sports riding classes and Hippotherapy to people with special needs. Equest has been serving people for more than 30 years, and their very first therapy horse was named Mrs. Butterworth.  She just ‘crossed the rainbow bridge’ this past year and was […]

Rockwall Fire Department presents ‘Citizen in Action’ Award (ROCKWALL-January 28, 2013) Eleven-year-old Jacob Perdue remembered what he learned from City of Rockwall firefighters and put it into action when faced with a fire at his home. Most importantly, he remembered to remain calm. Jacob was recently honored at a meeting of the City Council by […]